Just about every camera body these days has a setting for bracketing. Bracketing is shooting the same photo at a few different exposures, usually plus/minus the meter reading. This can be used for tricky shots when you’re not sure about the correct exposure.

In recent years HDR photography has become all the rage (sometimes literally, Google it). HDR is short for High Dynamic Range, and it involves shooting a scene at a range of exposures, then combining the resulting images digitally to increase the dynamic range of the image.

Since our eyes are capable of seeing a much wider range of light to dark than a camera, you need to have the camera capture the range with more than one exposure. I won’t go into detail about it here, as this post is just about a way to get those exposures.

Unless you get one of the high end camera bodies these days, most only have a setting for 3 exposure bracketing. That means the camera will only let you set the range for three shots at a time, while some of the higher end bodies will fire 5 or 7. You can do a lot with a 3 exposure bracket, but sometimes, when the range of a scene is extreme, more than 3 exposures produces a better result.

My workflow usually involves taking 9 exposures, 1 stop apart. That way I have a wide range, even though I may not use all those brackets to create the HDR file. So, is there a relatively easy, semi-automated way to get a 3 bracket camera to take the 9, without buying a new piece of gear?

For the stability purist, this may cause a bit of an issue, but I have found the results to be good. The answer lies in the exposure compensation setting. I first put the camera on a tripod and frame the scene just the way I want. The camera is set to shoot on Aperture Priority, so I set the desired aperture.

Most cameras can be set to fire more than 1 frame with the self timer. Check your manual, it’s usually pretty easy. I set the timer for a  2 second delay, and to take 3 images. My bracket settings are set at the maximum 3 images, at 1 stop brackets. This will normally take -1, 0, +1 exposures. On my Nikon, you can even set the bracket order, so I set mine to take them in order, from darkest to lightest.

After the first series, I carefully spin the dial for exposure compensation to 0, and get the -1, 0, +1 exposures. 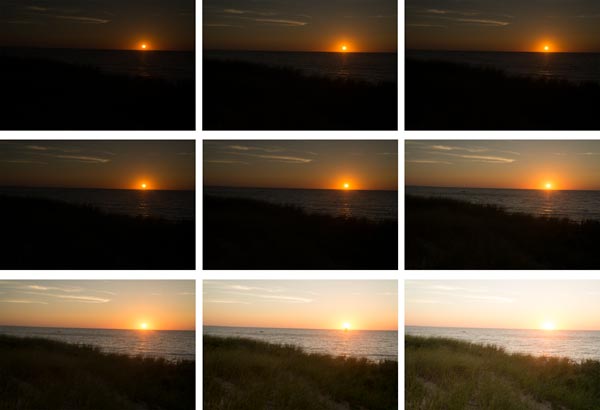 Yes, you need to make sure your camera is locked down on the tripod, and that you don’t knock or move the tripod in between the series, but  with a little care, it is a simple way that anyone can do this right now, today, without having to make an additional purchase.

Then you can combine the exposures in the editor of your choice, and create your HDR image. 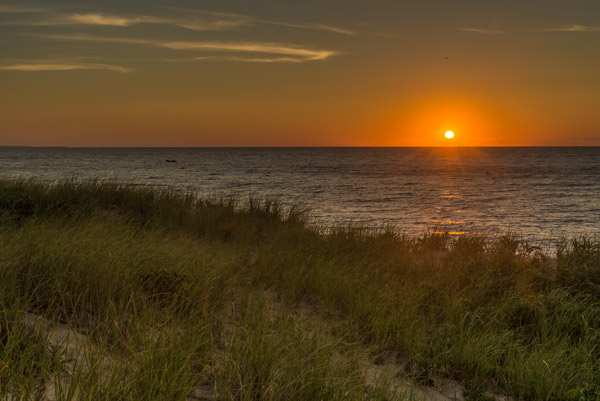 The final HDR image created using just 6 of the brackets

Let me know if this works for you, or maybe you have another method?